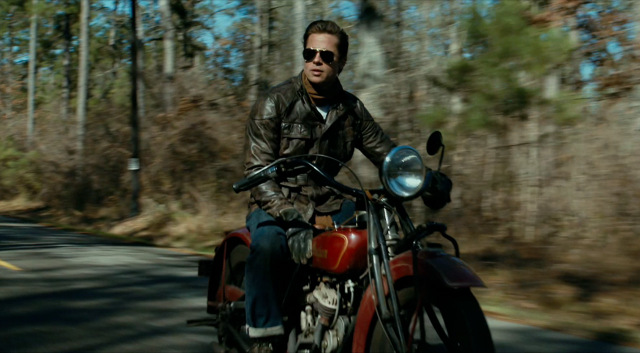 Are real men a dying breed? Looking into what’s happening nowadays, you might say they are. Women have taken power in all areas, while men have slowly, but surely started to do more and more “womanly activities” up to the point of adopting fairly more feminine clothes.

But what does being a real man actually mean?

Well, scientifically talking, the difference between a man’s behavior and a woman’s one is given by multiple factors, amongst which hormones are very important. The “manly” hormone is testosterone -you might somehow say that the more testosterone you produce, the manlier you are. While women produce this hormone as well, it is in a very small ratio compared to men. Some women produce a testosterone excess and that’s why you sometimes see more masculine women than usual. However, testosterone doesn’t make you a man. It just gives you some incentives.

Things are constantly changing and shifting. Growing up as a kid, the roles of women and men seemed to be a bit more defined than nowadays. In my family, women were the ones to perform the majority of house chores, while men had their own set of activities. I grew up seeing how man spend their free time drinking beer, watching football, playing sports, while women had their own hobbies – seeing their friends and talking to them for hours, gardening, shopping and so on. While my father was helping my mother with the chores, I still remember she was the one making breakfast or the best cookies in the world – not my father. Today’s society seems to judge the different roles women and men have, but my family was happy just like that.

Today’s society tends to say that women need their power back, but does that mean the men need to start doing the chores? Adopting a soccer-mom behavior is not necessarily a positive aspect of feminism. Kids nowadays don’t know what to believe and don’t know what is ok and what isn’t. The media and all the mixed messaged contribute to their confusion, while they are constantly being told it’s ok to be confused. Have you ever seek the answer to a question, and instead of that got even more questions? It can drive you insane.

Seeing my father has taught me how to be a man. I didn’t necessarily learn how to properly iron the clothes from him, but I did learn important values that define a man to his core. I understood what being reliable means, I understood a man needs to find a way to support his family and be as successful as possible for his dear ones, and many other things that have shaped me. The same is available for all kids today, too – they tend to adopt their parents’ behavior and learn how to be men and women. But what happens if you see your mother working all day long while the father does all the chores? In today’s society, the information is so different upon what being a man and what being a woman means, that no one really understands what being a manly man even means.

In fact, did you know that a several studies were performed on large groups of people (over 5000) and they revealed a shocking truth? The couples where the women were performing the chores had a much more satisfying sex life than the couples where the men did a lot of the chores? If you ask the experts, they always tell you that helping the women as much as possible will make her feel more connected to you, more understood and loved. While that remains true, it seems that house chores won’t guarantee a good sexual life – on the contrary.

Don’t get me wrong, I’m not stating men shouldn’t help their partners out – on the contrary. But perhaps more testosterone means acting like a real man and taking care of your partner in different ways, not necessarily mopping the house and always washing the dishes.

When I was a kid, I remember the roles of men and women were a bit more defined. Sure, rigid roles lead to sexism and other negative behaviors, but where is the limit? The issue is not that women are taking power back, but the fact that during this process, men and their habits, hobbies and leisure started to be ridiculed and even mocked – you can see this in the media more and more. This may have a potentially harmful effect on men, and can lead to losing your identity as a gender. More and more areas that used to be dominated by men are now suitable for and dominated by women. While their spectrum of activities is enlarging, the men’s is shrinking.

A study performed by Rudman & Phelan in 2007 revealed that men who have a feminist partner are more satisfied in bed. However, the study was only made on 400 people and was determined as not at all representative. On the other hand, Kornrich et al performed a study in 2012 in a large group a few thousand people that showed the less chores a man does, the happier he is in his sex life with his spouse.

This makes you think that perhaps there’s a limit to what a man and woman can or cannot do in order to maintain a happy balance in the couple. After all, we’re supposed to complete each other, not be totally self-sufficient.

So next time when you feel less of a man, remember you are driven by testosterone. You are a man, in fact, not a woman. You can definitely help your partner out with house chores, cooking, washing, cleaning and so on, but do it just as often as you feel comfortable, without feeling you’re giving your manhood up – the same would be available for your partner. By doing so, you’re actually contributing to the equilibrium of the relationship. Having testosterone surely doesn’t make you a man, but knowing your limitations can definitely contribute to that.